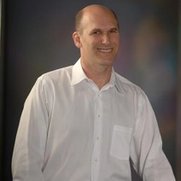 Each home-builder comes to the field in their own way. Steve describes his passion for home building as a happy accident, but one ingrained from an early appreciation for quality craftsmanship and timeless style. It began as a child growing up in a simple Meyerland ranch home built by his dad’s hard work and filled with his mom’s eye for style.

Like many native Houstonians, there was an itch to travel and venture outside of the great state of Texas. An avid swimmer, Steve left Houston to swim on Indiana University’s renowned swim team. After earning his BBA, he returned home and labored in the family retail furniture business. Steve earned an MBA at Rice University and began working. It was the 1980's financial crisis that brought Steve on the path of his true passion, home building. With a small lump of savings from his banking years, Steve started his own furniture business, Oakcrafters, filled with all-American made pieces. When the outside world veered to mass Chinese made pieces, Steve closed its doors and began managing a portfolio of industrial properties, which he still manages to date. During this time, Steve took a risk and bought a house in the suburbs to fix up. Although, barely breaking even, he realized there was no better feeling than creating a treasured home for families. Renovating fixer uppers laid the foundation for Steve’s career as a trusted home builder.

Ironically, it was during the dark days of the 2008 housing market crash that Steve transitioned into building custom homes. He wanted more creative liberties, attention to detail on every level, and to bring quality designs into fruition from a blank slate. Steve took his savings and created Finger Custom Homes and bought his first lot of land in Oak Forest. Steve tirelessly spent every day driving around the neighborhood, studying each aspect of building, talking and working with experts and laypersons on every aspect of home building. Surrounded by 15 other new home builds that sat during this crisis, Steve’s was the only one that sold because he did not skip any detail or compromise quality on any level.

With all of the custom home builders out in the market, find one that will help bring your dreams of a refuge or an escape from your days’ stressors, a place where your family builds its treasured memories. From permitting to hanging an exquisite chandelier, Steve will work directly and meticulously with you to building an affordable, luxurious home for you and yours.

You don’t have to buy a mediocre, “almost what you want” home; start on building your dream home, within your budget, by trusting in Finger Custom Homes.

Each endeavor has shaped my thinking on business and allowed me to apply my knowledge to the craft of home building.

Itching for an entrepreneurial outlet, I bought a foreclosed house in the distant suburbs. I cleaned it up and sold it. I was a house flipper before the TV shows began to popularize it. The process was fun and profitable for a while, but ultimately unsatisfying. The budget constraints meant that your highest aspiration was a clean and functional home.

I migrated closer to the city with an Oak Forest fixer-upper that no one wanted. Here, I found a venue to create beautiful living spaces at a value that appealed to certain buyers.

Having renovated and built several Oak Forest homes, I have created a team of craftsmen who I trust and value for their quality, efficiency, patience, and integrity.

They are vital to my success and reflect my own values. Together, we strive to produce the best quality home possible and to bring a homeowner’s vision to life.